Today I decided to switch things up and show you all my other sides - True, i am a quilter, and crafting is my specialty but I like to dabble (I say dabble because it doesn't happen often) in the kitchen and cooking.
This recipe couldn't be any easier, and totally for those people like myself that struggle a bit in the kitchen :)
One of my favorite things about summer is the fresh vegetables that are easily accessible. A recent favorite recipe for my family has been homemade bruschetta!
I did my student teaching in an international school in Rome, Italy back in January-February 2010 and since I got back I've been
obsessed with bruschetta
(this coming from a person that never ate tomatoes, clearly a huge feat.) 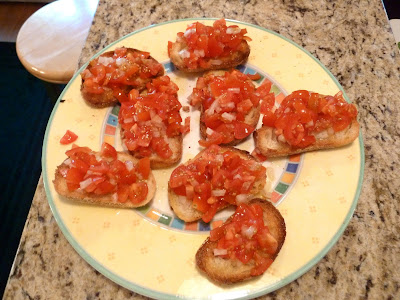 Anyway, we use this "recipe" (really just throwing minimal ingredients together as a precursor to many different meals)
The BEST thing about this recipe is that it really works with any ingredients you have on hand!
Ingredients:
That's it! FIVE ingredients!
Okay, so first wash your tomatoes. The amount that  you will need will really depend on how much you are making. Typically for 8-9 slices I will use about 20-25 grape tomatoes (or 1-2 plum tomatoes).
I generally alice the tomatoes in half, then quarters and cut pieces from that, but again, depends on preference. 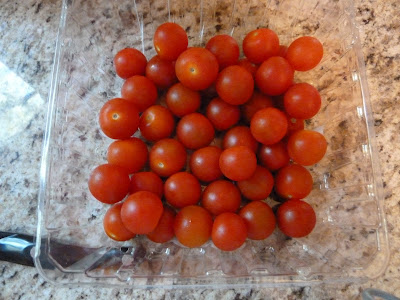 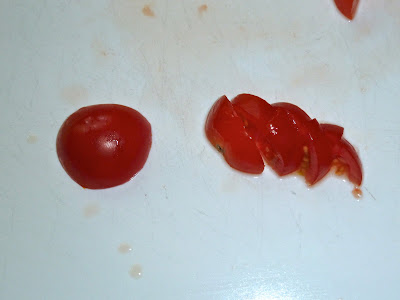 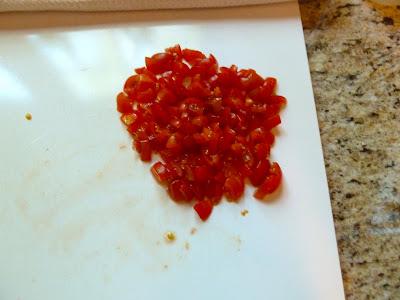 Once the tomatoes are cut, it's time to cut the onions
(tip: to avoid crying, rinse the knife under cold water first and after initial cut into onion - you won't be working with the onion too long, but if you cry easily, i'd recommend rinsing the knife)
Cut the onions into small pieces and mix them with the cut tomatoes. 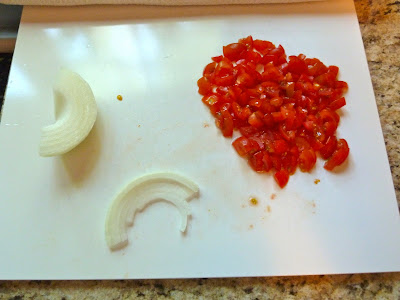 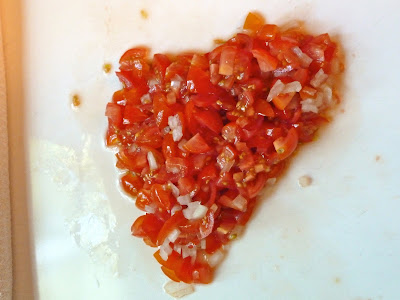 Slice your bread into thin slices and place in toaster one.
(I used baguette's this time, but I have also used italian rolls and even long wheat rolls) 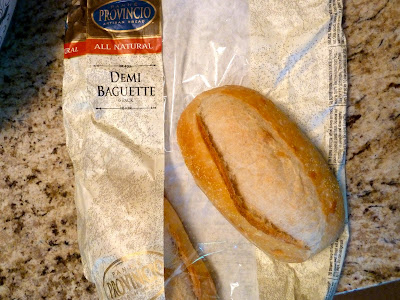 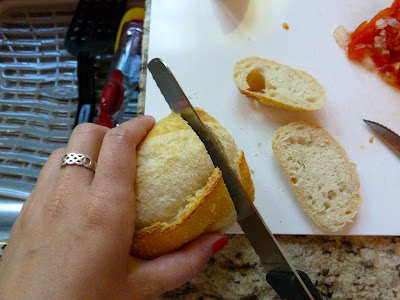 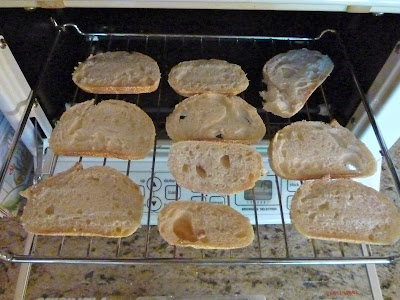 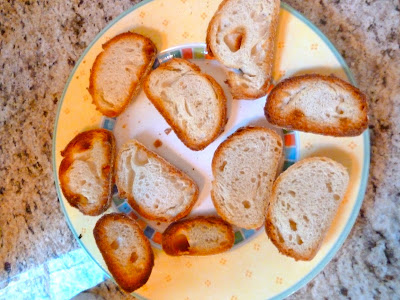 Spread the bread flat on the plat and drizzle with extra virgin olive oil. 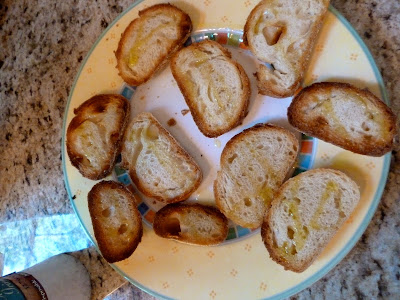 Spoon on desired amount of tomatoes and onion mixture. 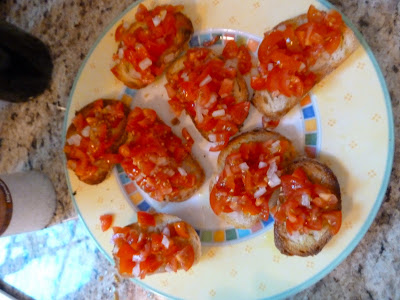 Drizzle again with olive oil. Sprinkle sea salt on the top as a final touch. I recommend not over-salting, it takes away from the freshness of the tomatoes. 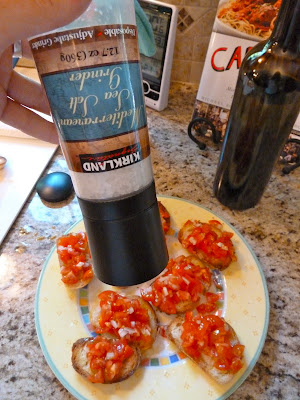 Make sure you try it yourself, because before you know it.... 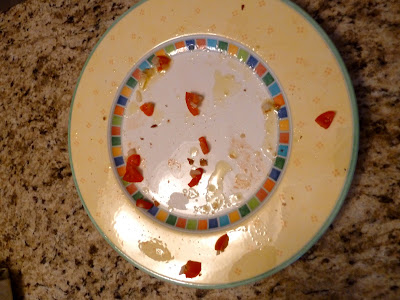 gone.
Hope you all enjoy this as much as my family does. It's healthy and a nice addition to any meal, or appetizer for a party! So quick and easy!
Till next time..
Posted by Jennifer at 9:46 AM

Email ThisBlogThis!Share to TwitterShare to FacebookShare to Pinterest
Labels: food