This weekend lacked any and all sewing prior to Sunday night.
I had initially wanted to participate in the Friday night sew-in because I've been wanting to for ages!
But, by the time Friday night rolled around, I found myself exhausted and ready for bed by 930pm! haha
Sunday I was in NYC to see "Bonnie and Clyde" on Broadway! 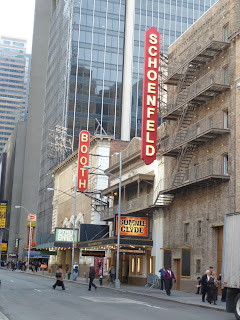 Good show overall,
We had just seen Jeremy Jordan (who plays Clyde) in the Newsies in a smaller theatre and it was AMAZING -- there's talk of it making it to Broadway, if it does and you're in the are I fully recommend you go!
We had a beautiful day of walking around and enjoyed the show!
I knew we were in the vicinity of the garment district, but didn't know exactly where - I mentioned this to boyfriend and hinted we should check  it out.. didn't work.
As we were leaving we passed this.. 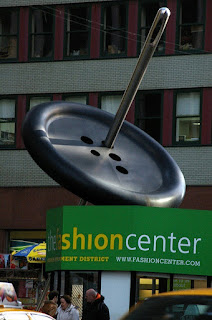 (taken from google images)
AH! I have seen this in so many of my blog readings and I have wanted to check out the area..
but of course, it was a Sunday night and already 5pm, so boyfriend promised he'd take me back and let me explore to my hearts content (i'm holding him to that!)
Anyway, so Sunday night was devoted to finishing up these 3 lovelies.. 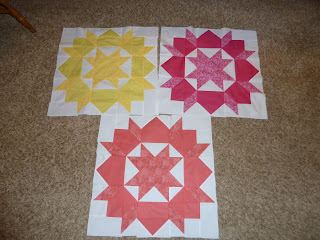 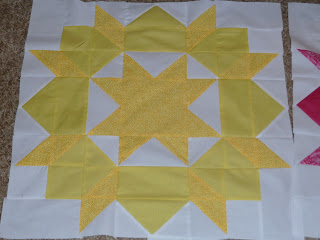 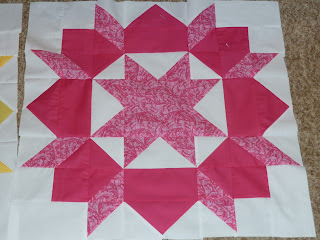 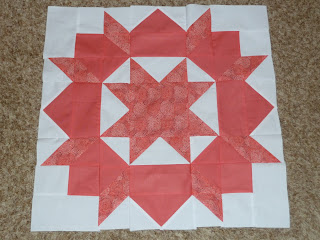 According to my count that makes me 1 BLOCK away from being done!
Later this week I'll show you them all laid out and ask for help!
I need help deciding on my last block!
Have a fabulous Monday everyone!
:)
Posted by Jennifer at 8:21 AM