Well, there was minimal sewing done this weekend... with good reason! Boyfriend and I headed over to the Big Island to spend the weekend exploring for my 25th birthday. We left Friday morning and spent all day Friday in Kona. We flew in on a commuter flight.. definitely the smallest plane i've ever been on! 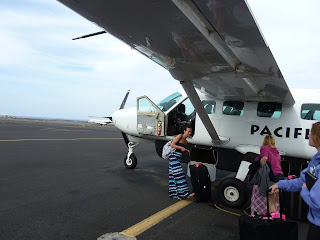 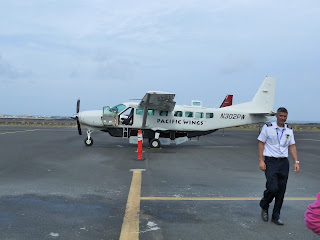 First stop upon landing.. why the Kona Brewery of course! 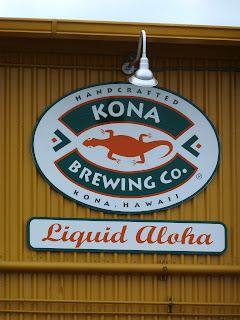 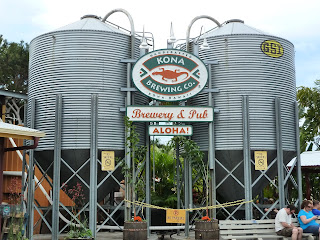 We spent the rest of the day exploring and enjoying the area. For those of you that have been to Maui (more specifically Lahaina) i'm sure you've experienced Front St. with all their local shops/restaurants, etc. We found a similar place in Kona on Alii Ave.

We stayed at the Royal Kona Resort which is an older hotel, but the view was amazing!! 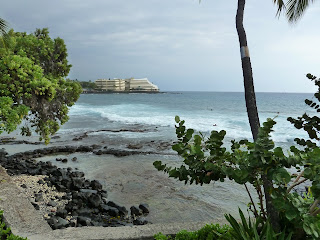 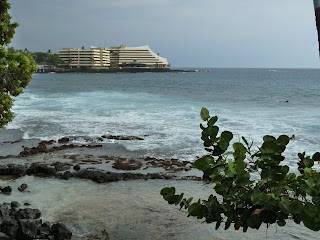 We had only intended to stay one night on the Big Island, but Saturday (my birthday) I realized at around 8am we hadn't gotten our confirmation for our 10pm flight out that night. We were also in the middle of a 3 hour trek across the island to Hilo for the day. After MANY phone calls and arguing, it was determined that Pacific Wings (our airline) had simply cancelled our flight and never rescheduled us. Keep in mind Saturday started Spring Break for college students on Hawaii... which means there were no flights out until TUESDAY. Cue anxiety and stress..

(sidenote - do NOT travel with Pacific Wings, we've heard nothing but horror stories everytime we mention it to people on Maui!!)

We made it to Hilo and decided to completely forget about what was going on to enjoy our hour helicopter ride, since this is the one thing i've have been wanting to do since moving to Hawaii.. 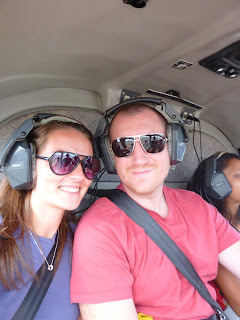 Just a little background. Kilauea has been erupting since 1983, and the Big Island has gained over 475 acres of land in the past 30 years. So it is the largest island, but also considered the "youngest" -- Though the lava is "slow moving" in the Mauna Loa eruption in 1984 it covered 20 miles in 24 hours... scary thought. Even scarier.. scientists say that the volcanoes (3 active on Big Island) have one more explosion that will devastate the entire island before they become extinct.. 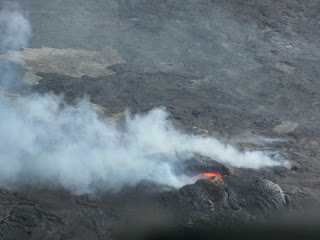 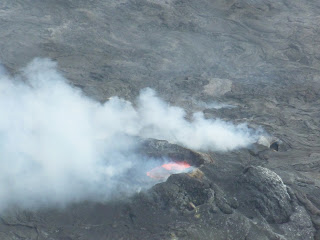 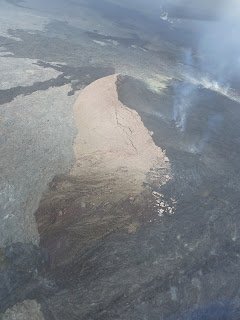 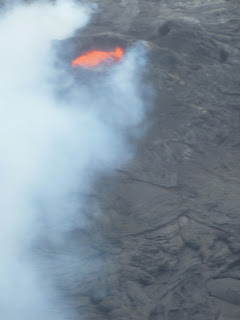 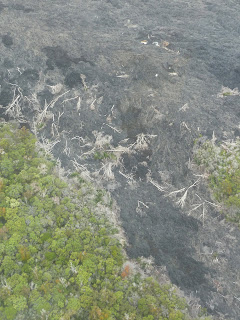 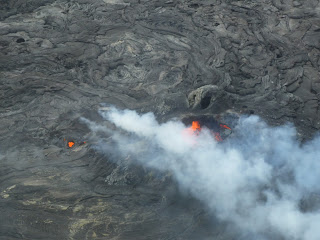 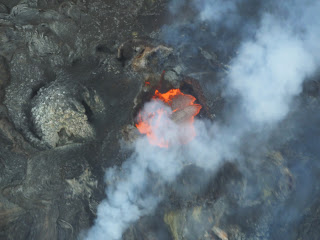 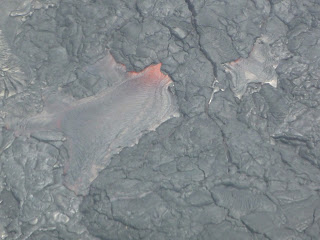 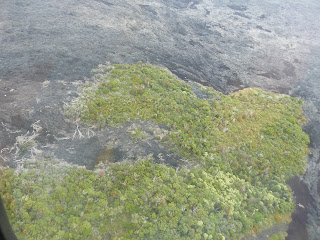 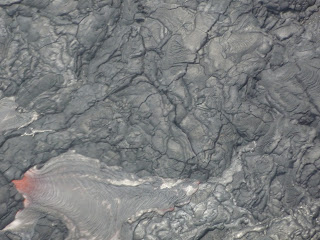 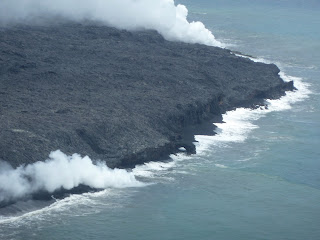 Where the lava meets the Pacific.. 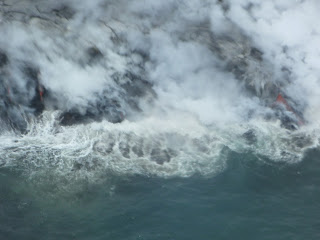 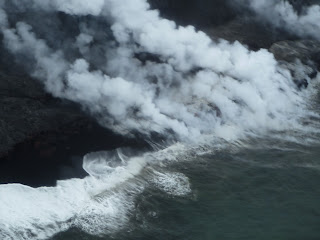 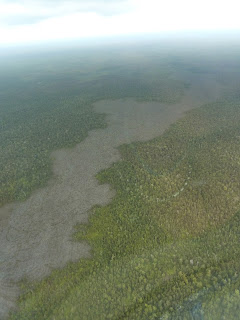 Lava flows left from the Hilo eruption in 1983 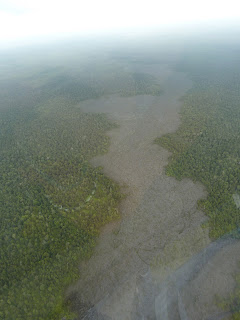 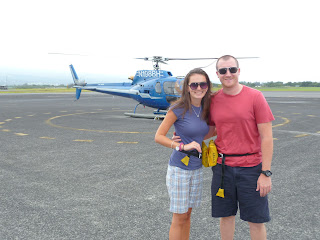 If you ever get to the Big Island, or are visiting Hawaii and can island hop for a day... get to Hilo and get in a helicopter. It was amazing and something I will never forget. (We used Blue Mountain Helicopters, they have tours on all the islands and were great!)

Well, after this, back to the drama. My parents were able to track down some flights for us and we booked one for Sunday morning to get back to Maui, but we still needed to leave from Kona (3 hours away). We decided to go to take the northern route back to Kona and stopped at Akaka Falls on the way for a short hike.. 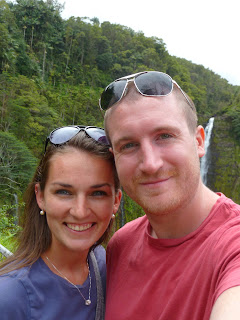 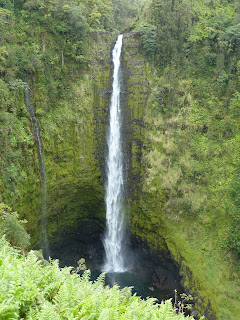 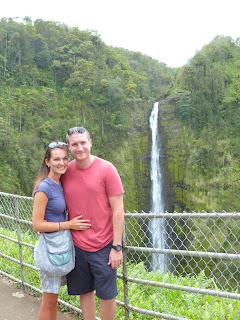 note the sidekick tote.. I love how much it fits! Great bag! 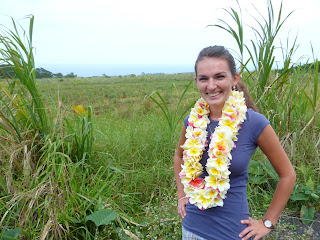 For those that don't follow on instagram (@knotted_thread) if you're interested..  My dad, for as long as I can remember has had flowers delivered to the house for me for my birthday. This is the first birthday I wasnt living at home. He and boyfriend worked together and had the most gorgeous, fragrant, flower lei delivered to the hotel. 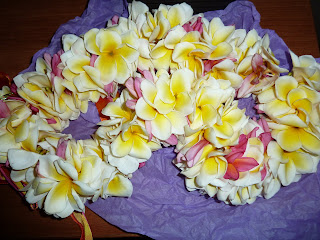 I still can't get over that people make these.. 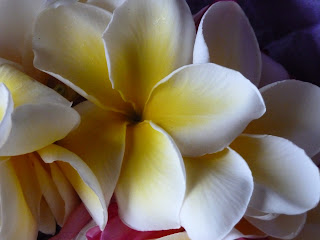 All in all, even with the headaches of the flight... what an amazing weekend.
Back to the real world this week, with some work days and sewing deadlines

We'll be back to our regularly scheduled sewing programming later this week :)
Don't forget to enter my birthday giveaway!