I'm finally starting to play catch-up and first up was some overdue bee blocks. Technically April only ended yesterday, but I was feeling VERY behind so it feels like they're overdue.

Annabella was the bee momma in April and though she lives in Morocco she asked for some autumn blocks (I can totally relate after not having fall in Hawaii last year!!) She wanted 2 blocks, one in a traditional "fall" color and the other in a jewel tone. Now I know Annabella is crazy for Tula, so immediately I jumped in making her jewel tone block. 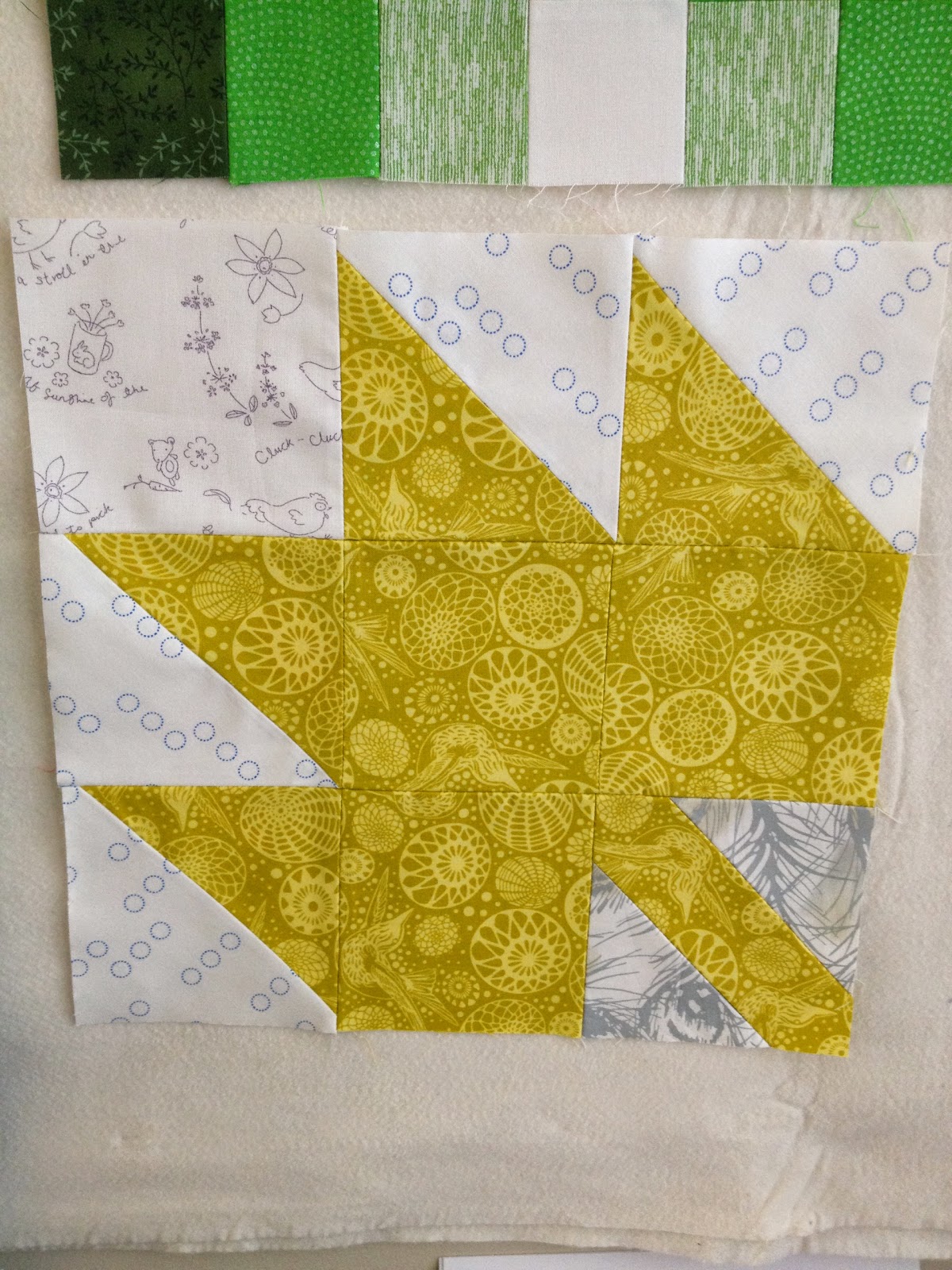 It wasn't until last night that I realized she wanted scrappy or 2 toned blocks. Crap. 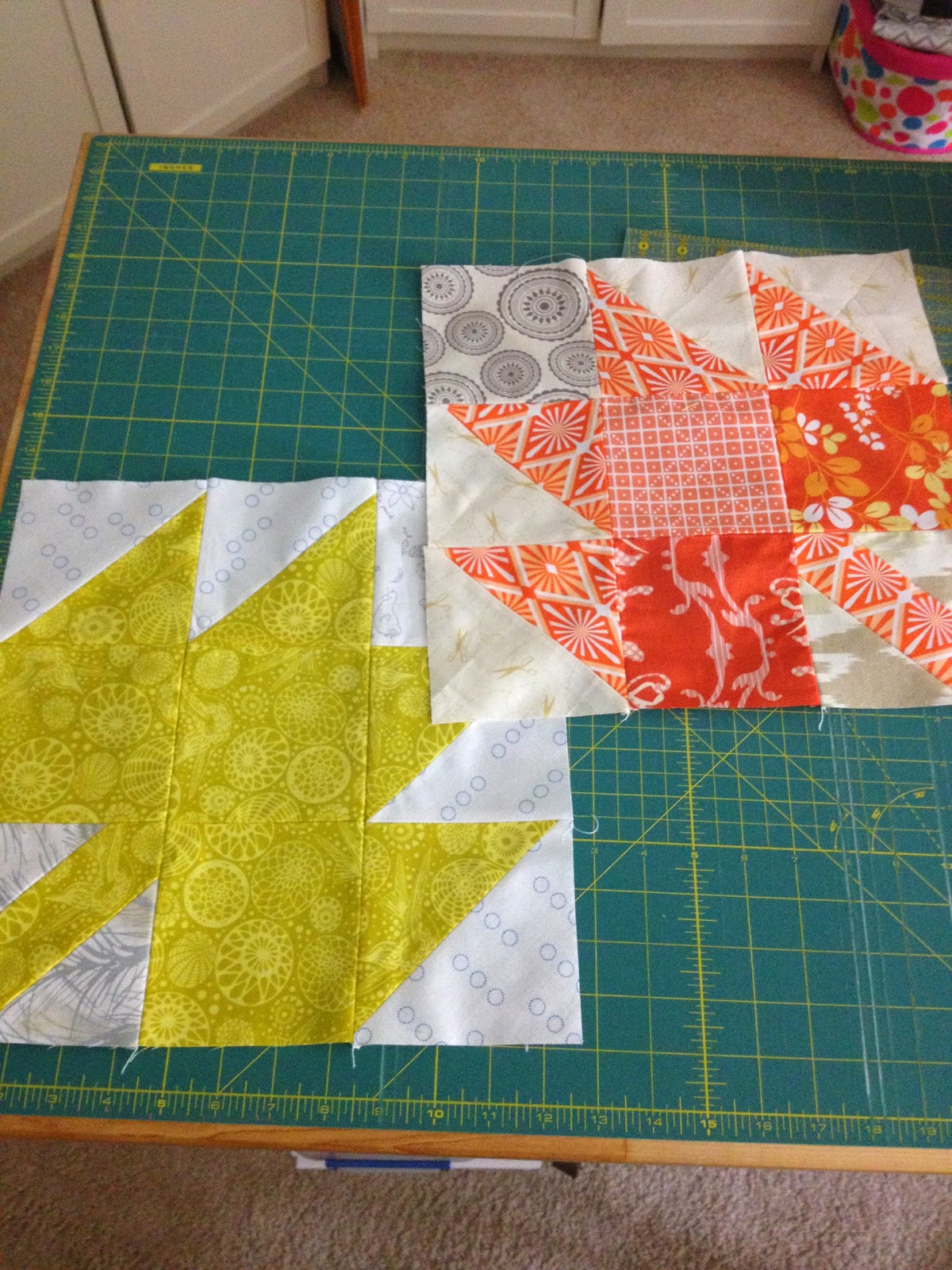 I put the picture on instagram and told her i'd redo if she wanted.
Then, 5 minutes later I felt so bad about not following her request I pulled it apart and added another fabric to make it the two tone she wanted. 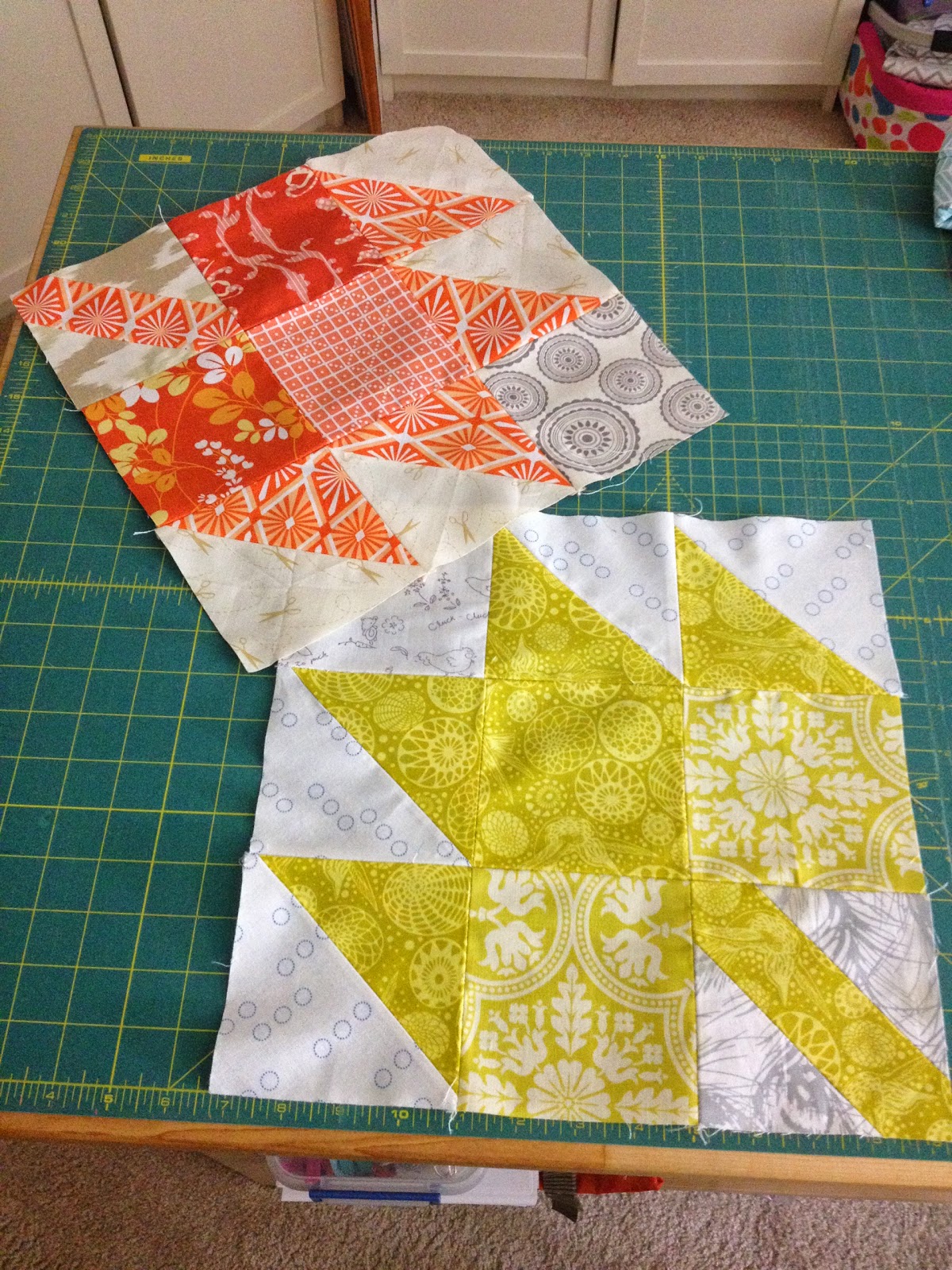 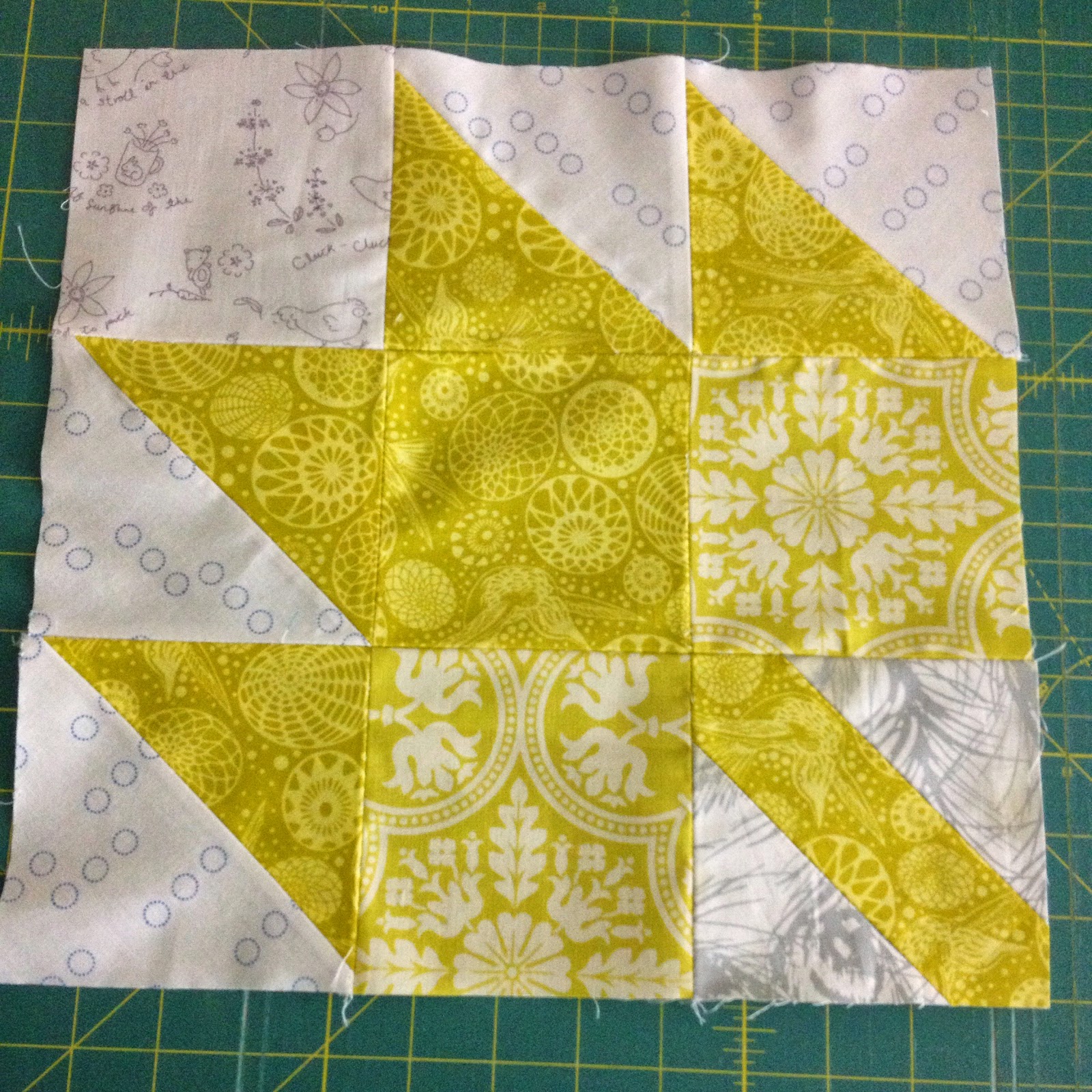 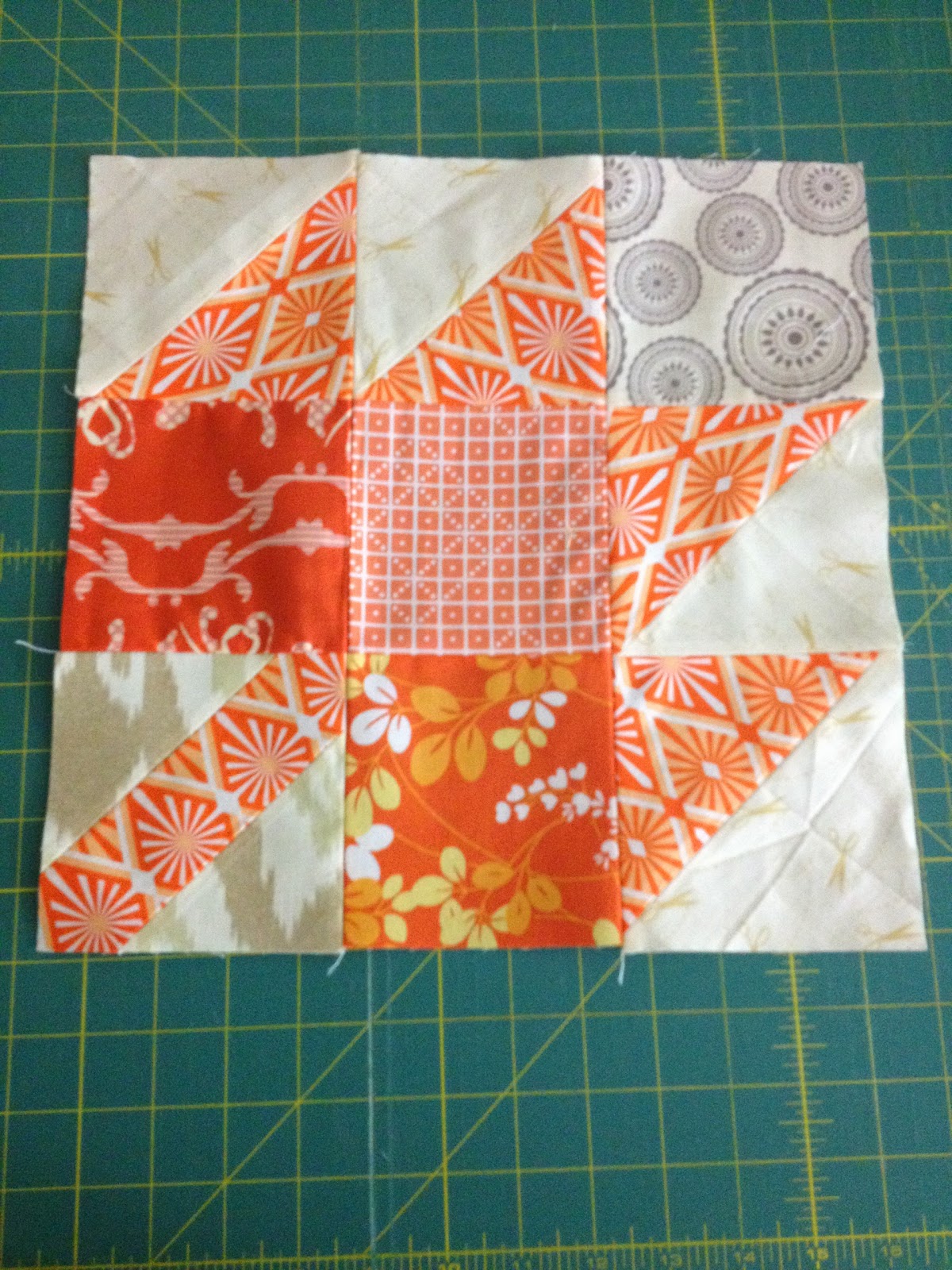 Then, I needed to get March blocks done (hangs head in shame)
These are probably the most simple blocks to construct, I just couldn't get it together in March/April
Anyway, here they are and already winging their way across the Atlantic to Helen 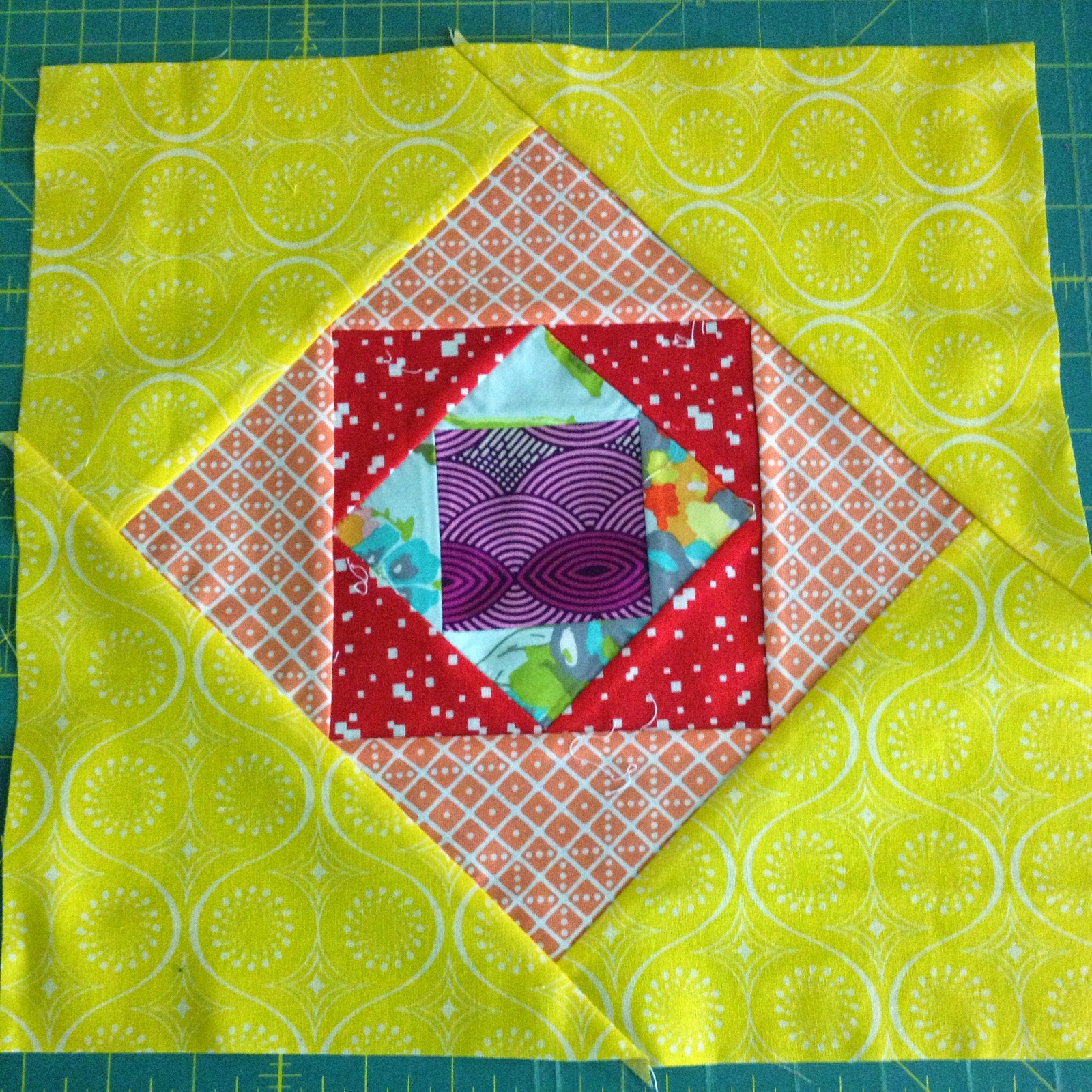 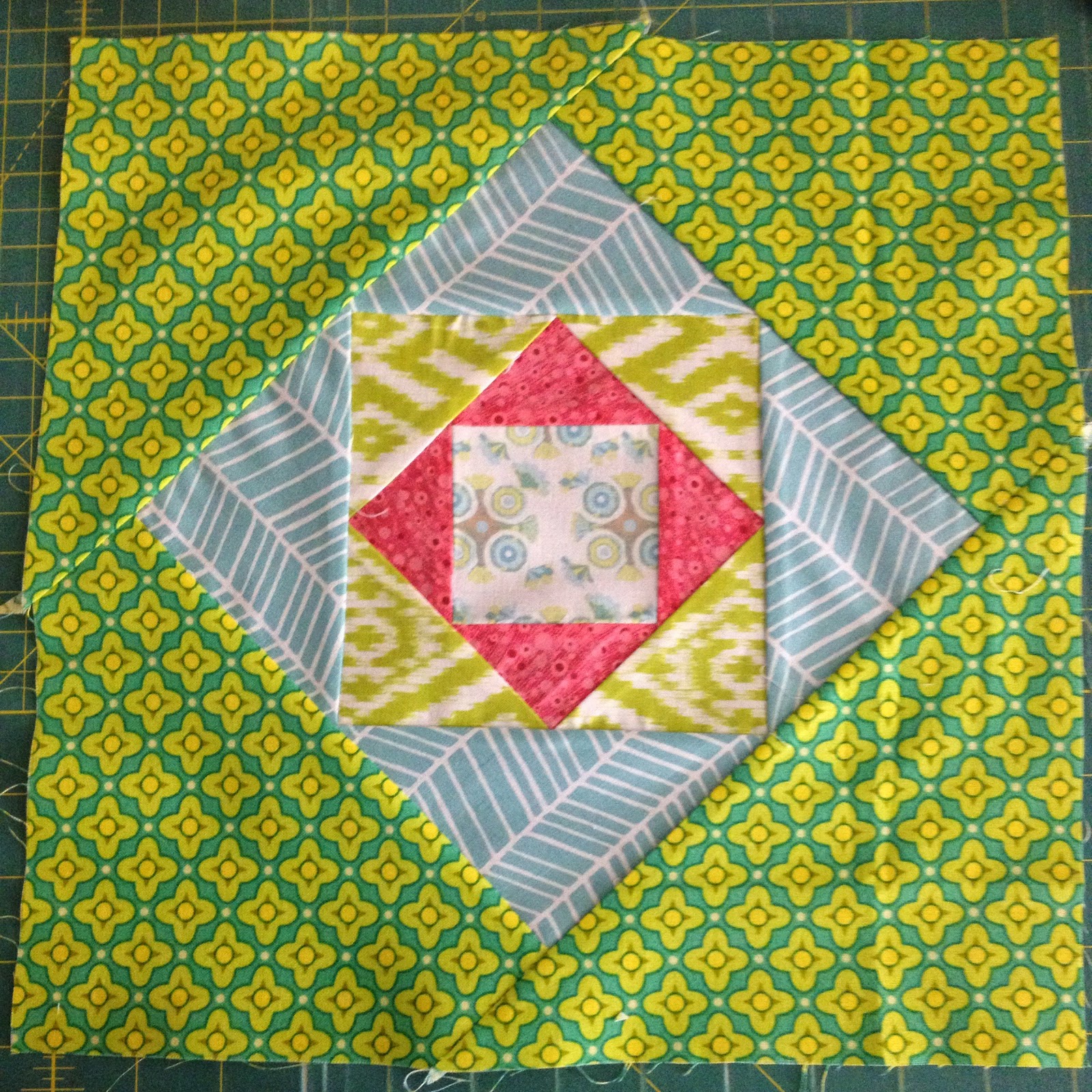 Next up, Cindy's blocks..